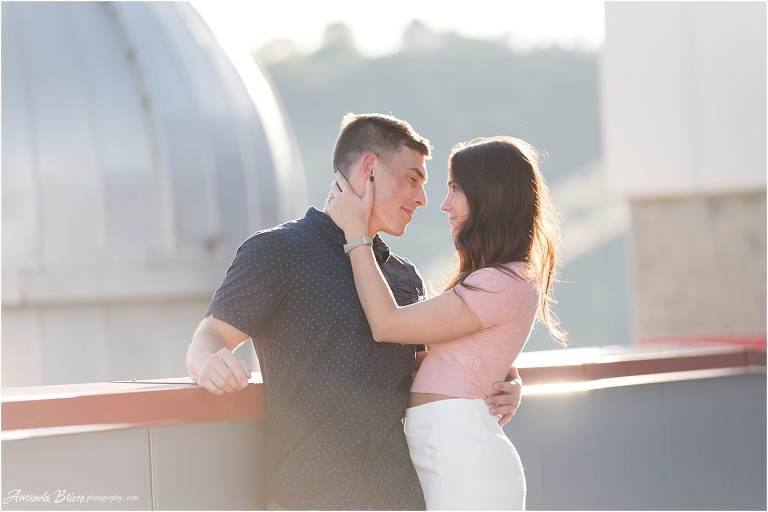 While looking at Sam with a huge smile, he said he knew that after their first date, when the time came, he would propose to her there.  Sam is one lucky lady, let me tell you.

Aaron called me a couple of months ago when he started planning out the final details of his surprise proposal to Sam.  They currently live in Cincinnati and he planned on bringing her back here to Pittsburgh where it all began.  They had their very first date at the Carnegie Science Center Omni Max theater and saw the Hubble.  He planned out the major details with Becky from the Omni Max and Tamra, the director of special events at the Science Center, where he rented out the Omni Max theater for the evening showing.  They played the Hubble, as they did for their first date.   I was seated in the theater before their arrival and when they walked in, I immediately was a ball of nerves!!  Tamra and Becky were also in the theater posing as ‘extras’ so Sam didn’t get suspicious walking into an empty theater, and we all joked how nervous WE were!  I couldn’t imagine the nerves and excitement Aaron was feeling.

Aaron took the additional time to put together a slide show of their time together along with the story of their adventures past and adventures to come.  A few minutes into the Hubble showing, the screen went black, and on played his slide show.

I was in position sitting a few rows below them in the theater for the big moment as at the end of the slide show, Aaron was set to propose.  Very much like the moments on a wedding day, that moment was only going to happen once, so as the proposal photographer, I had to be ready. 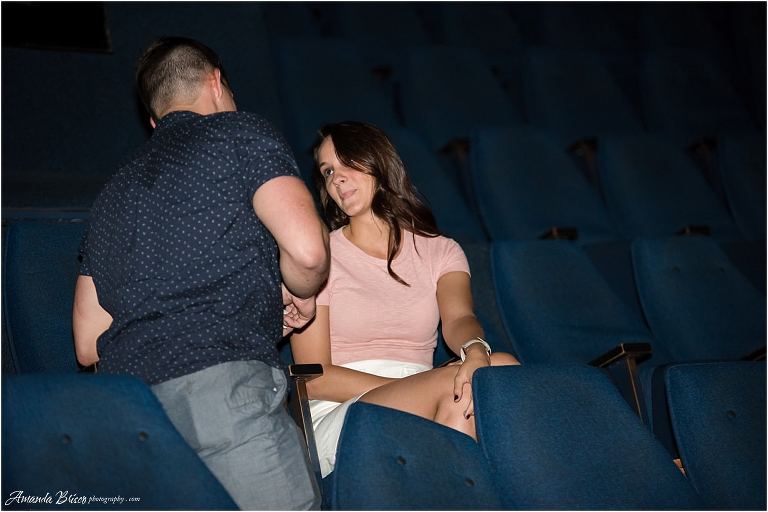 To say the least, Sam was surprised and you can feel the excitement from the two of them!!  To add to it all, Aaron proposed with Sam’s grandmother’s ring.  She’s very close with her grandmother so this sentiment was bigger than any other diamond he could have given her from a jewelry store.  Sam said they had previously shopped for rings but she couldn’t find anything she liked.  You can see when she realizes it’s that perfect ring during the actual proposal. 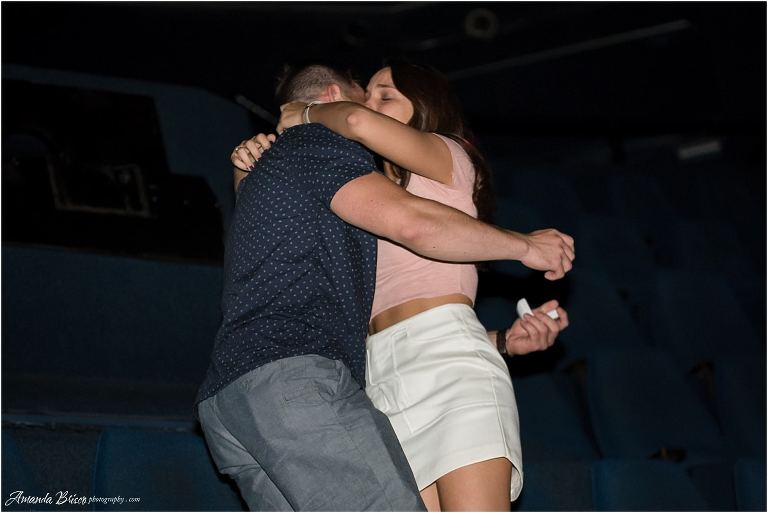 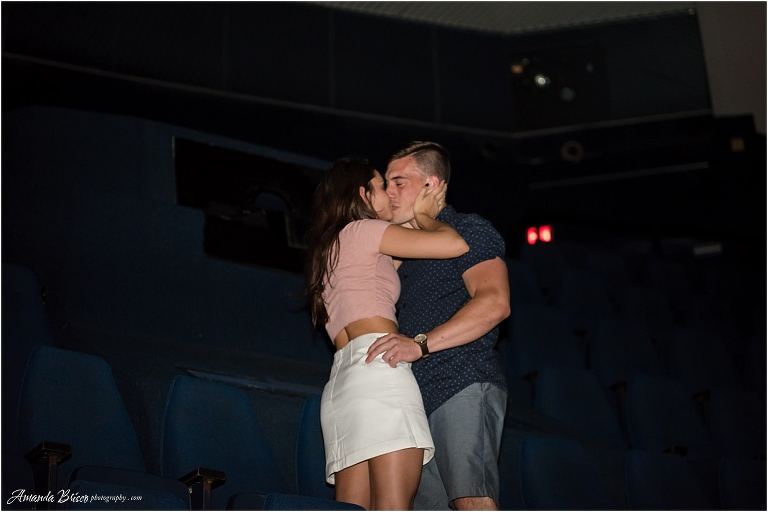 The icing on the cake to a surprise Pittsburgh proposal is being able to take some photos with the gorgeous Pittsburgh background.  We had the perfect evening with perfect light for an impromptu engagement session.  Tamra took us out onto the rooftop terrace of the Carnegie Science Center where we overlooked Point State park and the amazing overlook of Pittsburgh’s North Shore area. 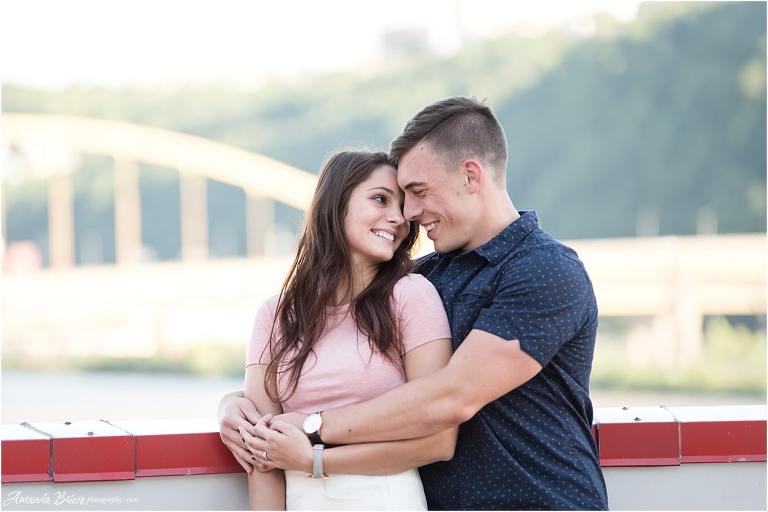 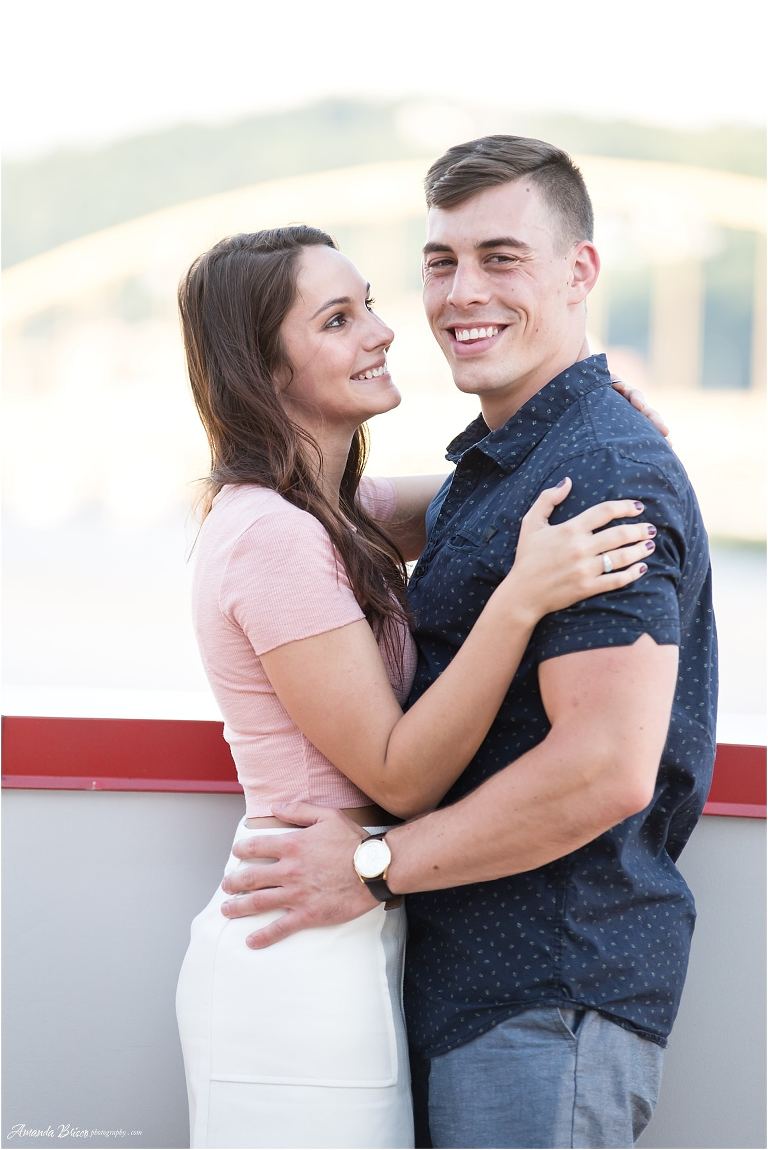 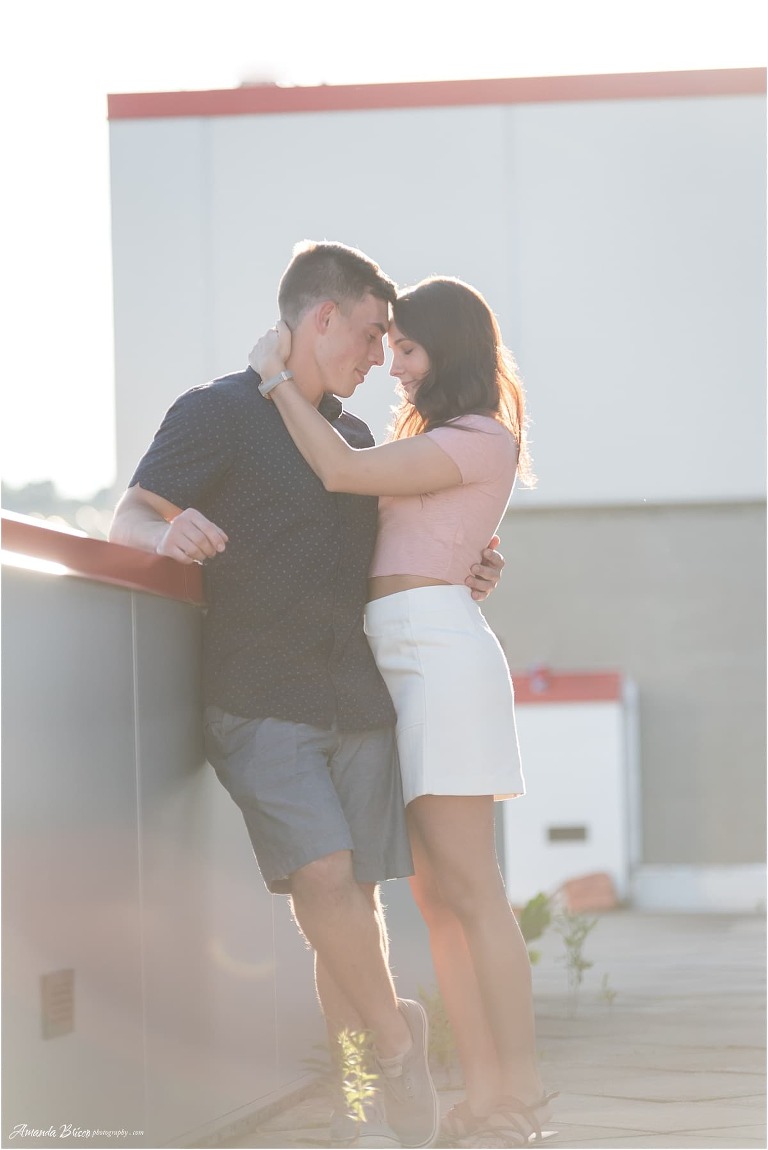 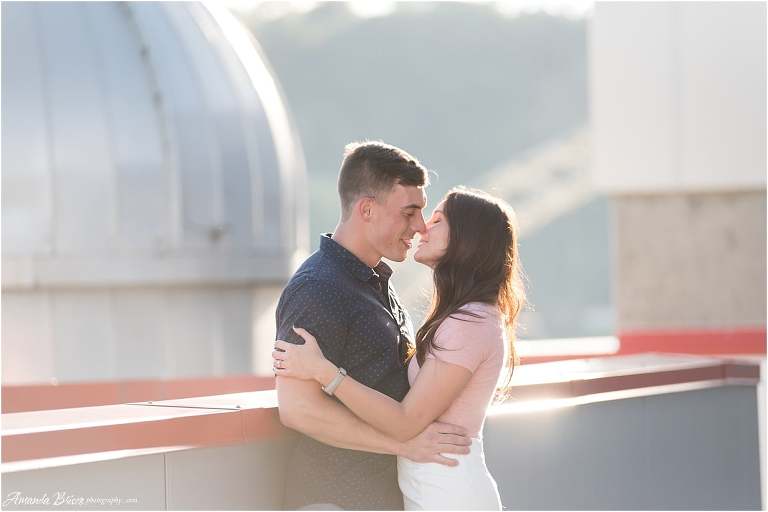 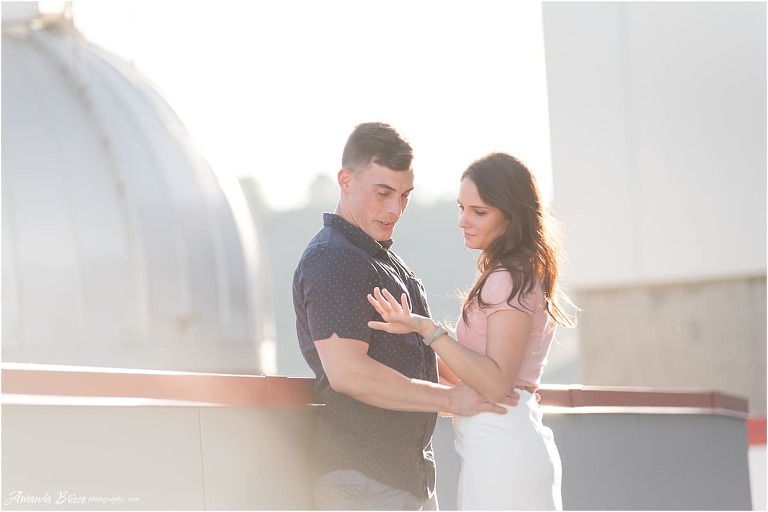 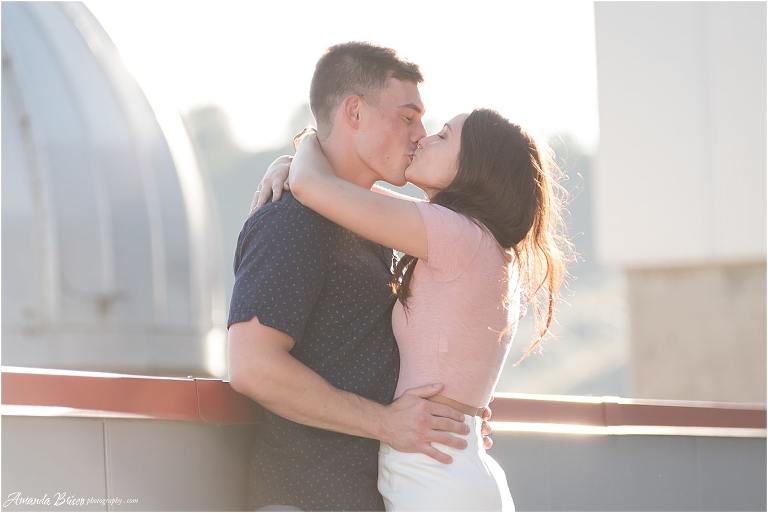 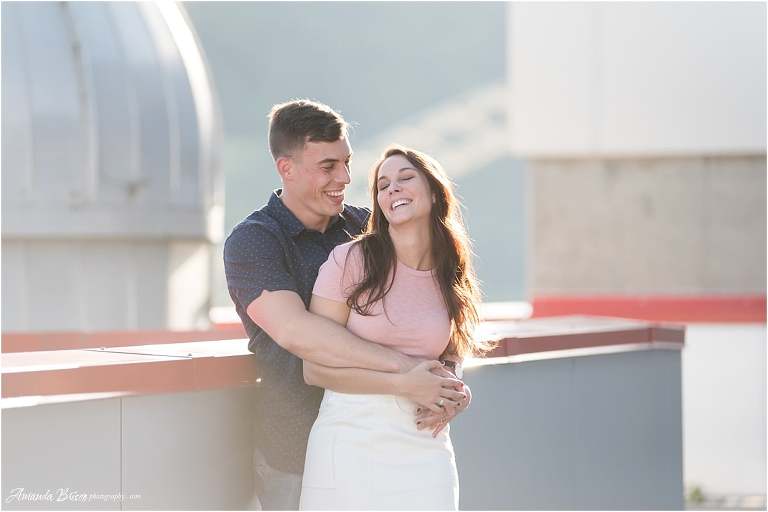 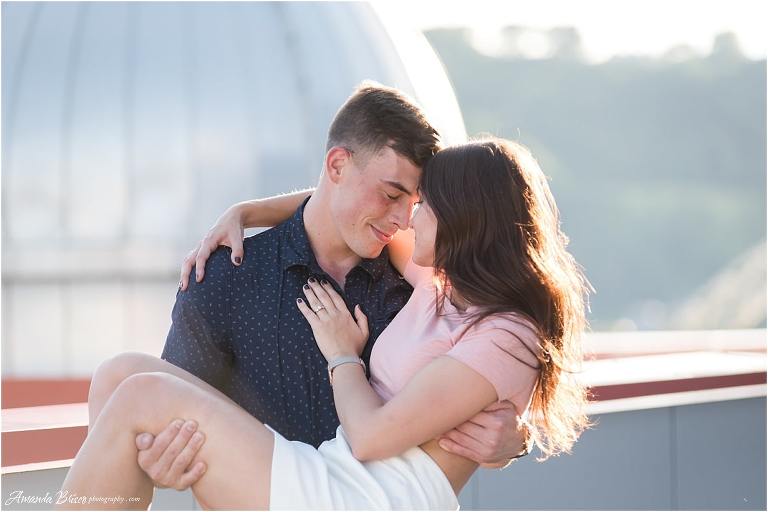 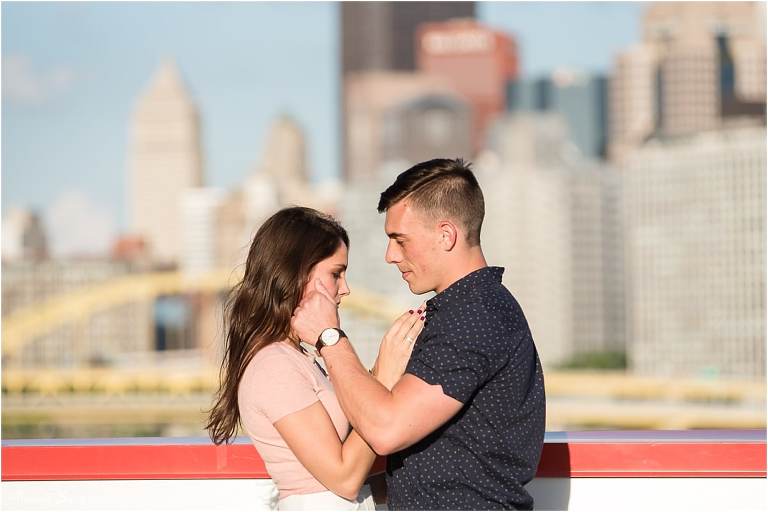 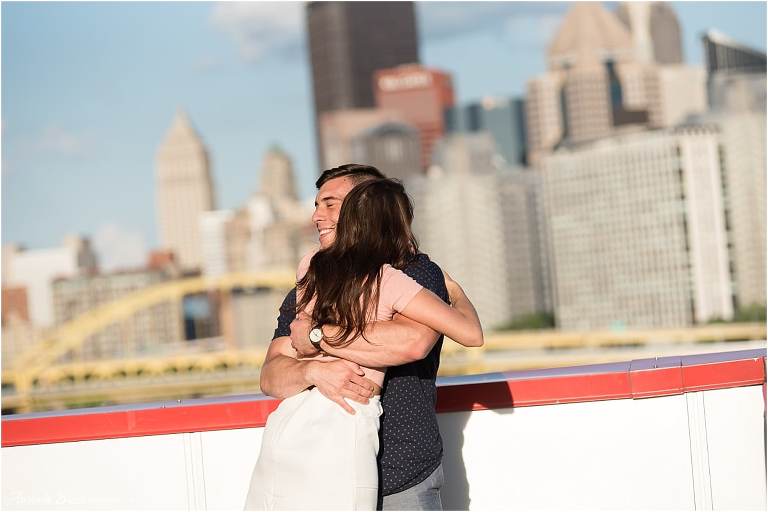 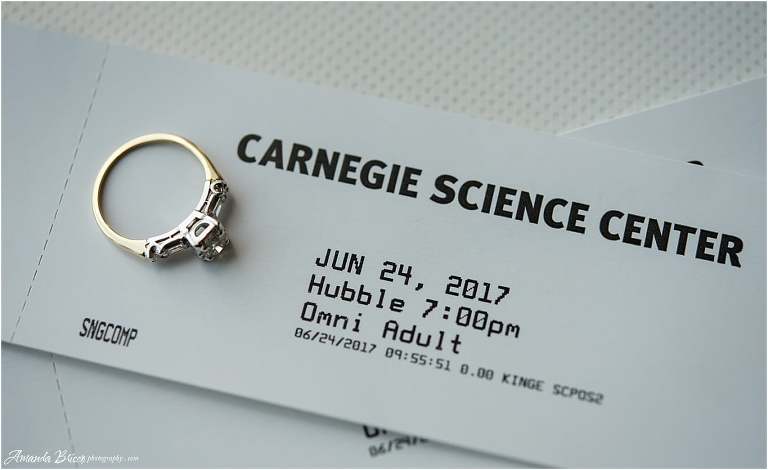 What a perfect night.  I was so excited to be a part of such an incredible moment.  Congrats, Sam and Aaron!  Hope to see you back in Pittsburgh again!

Are you planning a Pittsburgh proposal or a Pittsburgh wedding?!  I would LOVE to talk to you!  Please feel free to contact me below or email me directly at AmandaBriscoPhotography@gmail.com.

reach out for more information or to start planning!